It’s no secret that through the diverse world of deep learning technology we are receiving various intelligent developments that are here to benefit and change the way in which traditional things work. One thing in particular, and one that is rather frightening to many people, is the production of robots.

It has been suggested that robots are here to replace many different jobs; this point is where the fear factor is implemented. An industry, in particular, that will be affected is the warehouse and production businesses. In fact, around 20 million manufacturing jobs are said to be replaced by robots, by 2030.

Robots are continually gaining traction within this industry. Now taking on the smaller handling jobs that would normally be done by a human; such as baggage handling and inventory loading within a warehouse.

But how else could robots replace warehouse workers? In this article, we will be discussing why the production of robots workers are so feared by those within the warehouse industry; and the potential they have in replacing warehouse workers forever.

The Improvement Of Performance 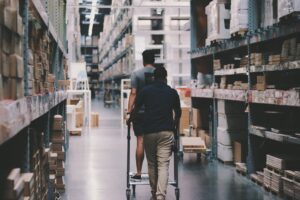 Through the use of technology in the form of robot workers within warehouses; the industry can improve productivity levels massively without jeopardising the quality of the items made. The robots will be able to work to a much more efficient time frame; curating accurate, larger volumes of goods every day, in a repetitive way that will likely bore that of a human worker very quickly.

By being able to push out volumes that were once unrealistic; the industry will be able to boost greatly on revenue. Therefore now; being able to adhere to the supply and demand of their goods, with the hopes of taking on further service in the future due to the use of robots instead of humans.

Through using an automated system that is coded to complete a continual task one after the other; the room for error is completely removed. There would be no area in which human error could happen. This will, therefore, save the industry money, time and efforts that would be needed to fix such issues.

Through only producing high quality and completely correct products; the industry can stay on time with demands, and not face any brand fatal delays that could diminish the trusting audience using the warehouse created items.

While it’s clear that machinery will be much less messy than that of humans; they can also be much safer too.

Working in a warehouse can prove as quite the health and safety risk when large goods are needing to be carried or dangerous tools are needed to correctly create the products. But, in a machine only warehouse, this issue is no longer.

There will be no risk or any physical damage received when using robot workers; there will be a decreased and rather non-existent risk of trips, slips and falls. Then, the business will be able to run with the confidence there is no health and safety at risk, as it is only technology being used in the workplace. 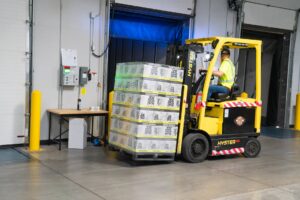 For example, the company will no longer have to pay out for annual leave, sick pay, or in harsher cases; the work-related incidents that could take a toll on company accounts quite drastically.

As well as this, it will become clear that the business won’t need a start or finishing time (where the money is ultimately lost) as the robots will not need a break. Due to being able to continuously work, the business can make money almost 24 hours a day, 7 days a week, with the odd maintenance issue that may arise, where a contractor would be called. But that being said, this is still completely different from the normal 9-5, where there are hours between of lost money.

From implementing the use of robot workers into the warehouse industry; a huge amount of opportunities will be opened up, helping the businesses respond much better to challenging scenarios.

From being able to benefit the company in a way that rids the need of almost any health and safety procedures that could cut down on company expenditures, as well as improving workplace quality; can all aid in bettering the revenue, audience and quality of the company completely.

There are likely many more benefits that can be experienced after changing workers for robots. It’s because of this, that traditional workers are so fearful of the development of intelligent technologies. Each of the machines features work to be better than humans, become much more appealing to businesses all over. Becuase of this, it should be questioned whether the future will see human colleagues, or metal, mechanical machinery take on the warehouse workforce.