London has a long history steeped in art, culture and music. Whilst it is one of the world leaders in progressive, innovative styles and techniques among all disciplines, it takes great steps to both preserves and promotes more traditional methods. Take The Royal Society of Portrait Painters for example; founded by 24 frustrated artists including Sir John Everett Millais, George Frederick Watts and James McNeill Whistler in 1891. Their aim was to shake off the elitist attitude of the Royal Academy and instead dedicate themselves to the art and development of portraiture. 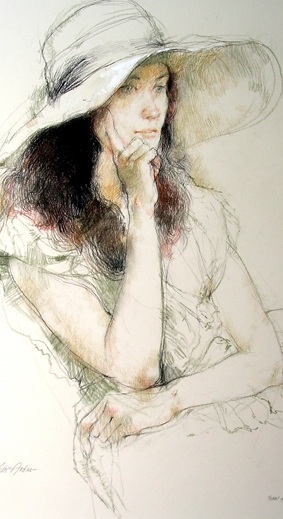 121 years on The Royal Society of Portrait Painters still thrives. Artists such as Benjamin Sullivan and Tom Phillips have taken the baton and continue to explore and innovate the skill of portraiture. As well as the development of technique, members of the RP now look at a range of viewpoints including, the artist’s, the subject’s, the patron’s and the public’s.

The Royal Society of Portrait Painters has evolved over the last century and is now a member of the Federation of British Artists. Along with 7 other societies including The New English Art Club and the Royal Institute of Painters in Water Colour’s, the RP hold their annual exhibition at Mall Galleries as part of their FBA membership. This unique opportunity allows portrait artists to exhibit their work at an incredible venue in the heart of London.

The Future of Portrait Artists, London

As long as societies like the Royal Society of Portrait painters exist and venues such as Mall Galleries support the tradition of portraiture whilst letting it breathe, grow and evolve, portrait artists will always have a vehicle through which to learn, create and exhibit their work. Contemporary artists owe thanks to the founders of the RP for allowing them the freedom to explore portraiture and develop it into an art form, which even with the development of technology has no sign of waning in popularity.

To learn more about the Royal Society of Portrait Painters or more about their annual exhibition at Mall Galleries, please visit: http://www.therp.co.uk/ and http://www.mallgalleries.org.uk/