There has been a large decline in cash payments within the recent years. No longer are people carrying around their piles of cash and change. Instead, the tapping sound of a card payment echoing round a store is much more common than the jingling of coins in a wallet; a cashless society? And there are many case studies to suggest so too.

No more then only 10 years ago, it was found that 60% of all completed transactions were done through the use of cash. Yet, in 2018, this dropped down to less than a third, with cash accounting for 16% of payments made. In fact, it has been called by UK Finance; that cash payments will account for only 1 in 10 of all transactions within the next 10 years.

With cash on the decline, it goes without saying that there is a sense of fear, and also vulnerability to what may happen in the future. Will we then witness a downfall in banks? Less security? The options are endless. Yet is it something we should fear?

In this article, we will be discussing the changes that may take place if a completely cashless society was to occur, and all the reasons why this may or may not be something to be afraid of.

Advantages Of A Cash-Free Society

The Decrease In Crime Rates

When carrying around money, there is an imminent fear that we could possibly lose, overuse or even have the cash stolen from us. With this, comes the large 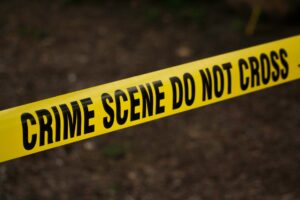 crime rates that entail the use of cash.

It doesn’t stop at simply stealing someone’s money, however. From moving illegal goods to partaking in a secret betting practice, cash allows many people to be involved in serious crimes that will only result in prosecutions.

However, the removal of cash will force these issues to stop, without choice. Therefore decreasing crime rates, and lowering the use of illegal products that only do harm to those who purchase them.

No Need For Management

Everything costs money. From printing off receipts, bills and even the creation of banknotes and coins, each costing a sum of money in itself. Then, there’s the price of managing the money. For businesses, having accounts and a security team to manage them all come with a price; especially when the money needs to be moved from locations. This is one of the most costly parts of the money movement.

Rather than the free transactions that can take place online; the physical movement of money takes both payment of time, seriousness and money itself. By going cashless, these people will no longer have to go through the effort of, in some cases, putting themselves in danger over the need to move money through handling.

Then, protection of cash and the ability to move money around by hand can become a thing of the past; helping those grow in confidence with where their cash is sitting and will decrease any chances of mishandling, or the event of an act of crime taking place.

Aside from this, by going cashless there will, of course, be an influx of people using their cards to make payments; making it so businesses will have to ensure they can comply to the demand; and have a reputable collection of card readers, on hand, for the company to use. While this may not seem too troubling, businesses now have to pay a small amount to keep the card reader, amounting to around $200 in the US. Even Though this is still a payment being made, it is far less than what would have been; for printing notes, bills and paying for the money movement processes.

When visiting a foreign country, it is the normal process to purchase the currency they use, usually to a rate that ends up in money loss due to the extortionate rates on offer nowadays. However, by going cashless, this wouldn’t need to happen anymore. 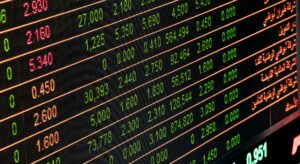 If both nations at hand can handle payments through the card, purchasing all over the world ill be made extremely easy. By removing the need to carry around banks notes while at the beach or just going to the local shop; this will make the whole process of being abroad that little simpler.

As well as this, there will be no need to the tedious and rather long process of trying to work out the correct currency and money amounts; as all will be done through the use of technology and online banking.

One of the biggest crimes challenged constantly by businesses around the world, is financial crime. With the ability to pay by cash, it removes the record of a payment ever being made. This is the way in which businesses avoid paying their taxes, which is, of course, a criminal offence.

By going cashless, each and every payment made will go through an online process, and will ultimately be on record every single time. Because of this, hiding money and evading taxes becomes impossible; and money laundering will be that of the past with the source of income always available to be viewed.

Disadvantages Of A Cash-Free Society

While the advantages may make the cashless society seem bright, there are a handful of possible negatives that could make the entire process possibly the worst thing that could happen.

While daily robbery may be a thing of the past in a cashless society, with stealing on the decline, the next worry is the muggers of the electronic world- the 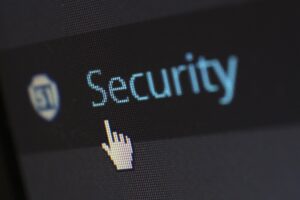 hackers. The chances of this happening within a cashless society are only elevated; and with online being the only way of making payments, a drained account is the worst thing that could possibly happen; with no available alternatives within the purchasing processes.

So, it would be imperative to take extra precautions when making any personal payments online, setting up accounts and even owning specific technologies, as these are all gateways to hackers if not set up with the most protections.

It’s far easier to be a little stingy with money when it can be physically seen. Each time a note is handed over its much more evident, and a little pain is felt with each encounter. But, when done mobile; unseen, it is far easier to continuously spend, until hit with the dreaded realisation that there is none left.

It is much easier to tap, swipe and click buy when doing it all electronically; not noticing how much is flooding out of the account after each transaction. If a cashless society were to form, a new way of account management will need to take place in order to subside the continual spending. 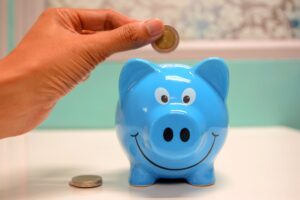 A worst-case scenario when it comes to controlling the interest rates when all money is electronic; is the government deciding to charge banks on a large, negative rate value, that can ultimately be poured down into the customers account wages.

And due to everything being online, there will be no opportunity to save money in the form of cash; there will be no choice but to face the heartwrenching interest rates and lose out on very large sums of money annually.

This isn’t much of a fearful scenario for those in the younger generations. But, for those who didn’t grow up with technology; cash and coins have become a comfort blanket, to ensure everything is paid for physically and no mistakes are made. With this issue, it is mainly focussed around the elderly ages, with Watchdog suggesting that it will hit the elderly and the poor the hardest. An astonishing four out of five retirees are reliant on the use of cash only to make any payments; using it on average 3 times a week. This will be a hard habit to get out of if society demands the abolishment of all paper payments. There may seem to be no major concerns, but those of a mature age are certainly fearing the possible brunt of this groundbreaking change.

When we think of a cashless society, we think of simplicity, ease; no longer the need of carrying around silly loose change or having to risk the movement of banknotes from place to place.

By removing the need to use cash, and only having the ability to use credit or debiting cards, crime rates should see an instant decrease, fraudulent acts should be no more, and money management outgoings can be saved on. This will allow businesses to save on revenue, rather than paying it out to those looking after the accounts.

However, while a cashless society may seem a breeze and air only simplicity, it, in fact, can cause a fair few problems; some that only having cash as a backup can really fix.

From outrageous interest rates, the increase of online hacking scams and the clear chance of overspending becoming a household issue; maybe going cashless isn’t the best idea? In fact, removing cash may actually be more expensive than many would assume.

Of course, it may be more economically friendly, simpler and allow spending to be done without the need of counting cash and coins. But, is it worth the risk of potentially having no means of money at all, if all goes wrong?